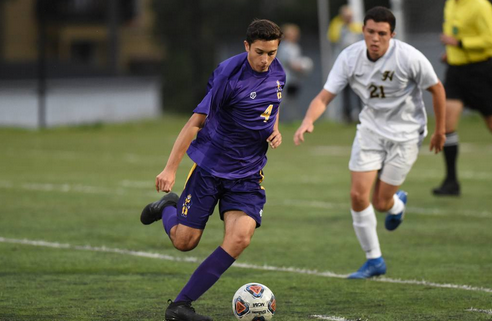 “He is very kind, respectful, and selfless, but doesn’t let others walk all over him. He knows his self-worth and acknowledges as well as compliments others’ self-worth. He is a great friend and would drop anything if you truly needed him. He values his friends and is very caring and he cares very empathetic. He is an amazing person,” friend and junior at LHS, Lili Bender, describes Levis.

Q: When did you start playing soccer?

A: I’ve been playing since I was six years old, starting LSA Saturday soccer league.

Q: What is your greatest memory while playing soccer at LHS?

A: My greatest memory of playing at LHS was our JV win against Rocky River my sophomore year to secure an undefeated season.

Q: What is your greatest accomplishment as an athlete?

A: My greatest accomplishment as an athlete will be lettering all four years in varsity soccer at the high school.

Q: What are your plans after high school?

A: I plan on attending a four-year university to study nuclear engineering and eventually hope to use this degree in the medical field to help develop treatments for cancer.

Q: What athletes do you look up to and why?

A: I look up to Kevin De Bruyne because soccer is only part of his life. He also has a family of his own and gives back to his home country of Belgium.

Q: Is there a message that you want to portray to the younger athletes on the team or just in general?

A: My advice to younger players is to dedicate themselves fully to whatever they choose to do. Even if they don’t enjoy something, it is better to give 100% anyway than to get nothing out of the experience.

Q: What are some of your goals that you hope to accomplish in the next year or so?

A: This year I hope to reach the district finals in the playoffs and have a chance to play St. Ignacio’s for the district championship.