The Disappearance of Jamal Khashoggi 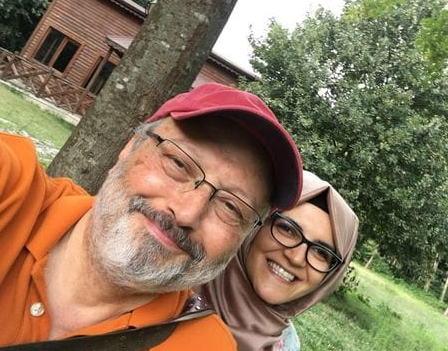 Jamal Khashoggi was a Saudi Arabian journalist and author. He moved to the United States around a year ago and went to the Saudi consulate in Istanbul just recently to obtain papers that he needed in order to marry his Turkish fiancée, Hatice Cengiz.

Khashoggi went into the consulate, yet never came back out.

He scheduled to visit the consulate on October 2nd while his fiancée waited for him nearby. He told Cengiz to get help if he did not return, which he did not.

Though Cengiz contacted the police, it was later found that all Turkish staff at the consulate were told to stay home this particular day.

It was also found that nine Saudi officials and intelligence officers arrived in Istanbul the morning of Khashoggi’s disappearance.

Still missing on October 3rd, the day of his wedding, his disappearance was reported. Both the consulate officials and the Saudi embassy in Washington did not immediately respond to the situation and claimed they were seeking further information.

Crown prince, Mohammed bin Salman, sated that they would fully cooperate with any investigations and that the Turkish were free to search wherever they wanted; they had nothing to hide.

On the same day it was denied that he was killed in the consulate, unnamed Turkish officials states that Khashoggi had in fact been killed within the consulate. No further evidence or details were offered.

After going back and forth numerous times, an anonymous Turkish official claimed that Khashoggi had been dismembered and cut into pieces after being killed inside the consulate.

It was also found that almost the entire consulate interior had been repainted.

Senior Will Adams commented on the situation saying, “I think it is quite obvious that the Saudi officials are lying. Their story doesn’t add up. There are too many signs that Khashoggi was killed within the consulate.”

While it has yet to be officially declared, there are many indications that Khashoggi was in fact killed when he visited the consulate on October 2nd.