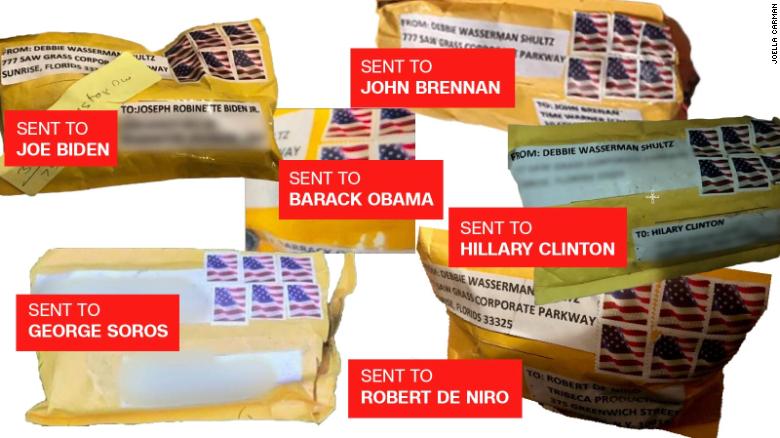 10 different packages have been discovered to be mailed to different prominent democrats.  According to the FBI,”Suspicious packages” have been caught at several locations “contain potentially destructive devices.”

These packages have been sent to political figures and celebrities with a public opposition to Donald Trump. Trump has named these people political enemies. Barack Obama, Joe Biden, Hillary Clinton, George Soros, and John Brennan were among recipients of these suspicious packages.

None of the packages reached their targets, as they were intercepted by different sources.

A package sent to Robert DeNiro, a public figure with openly liberal views, was discovered on his doorstep by a neighbor. Most of the other packages had been caught before reaching the destination.  These packages contained homemade pipe bombs, which are potentially deadly.

Both the FBI and Justice Department have confirmed that they have a suspect in custody. More information will be released in a press conference later on Friday, but, according to the Washington Post, it is likely that the suspect resided in South Florida. The Justice Department has called this a domestic terror attack.

Lakewood High School student Alyssa Belko said she wasn’t surprised that this was called a domestic terror attack. “I’m not surprised that another attack happened. Luckily nobody was hurt, but this is still scary. I hope the person in custody is the suspect. These were too close.”