A Good Guy with a Gun Doesn’t End Violence 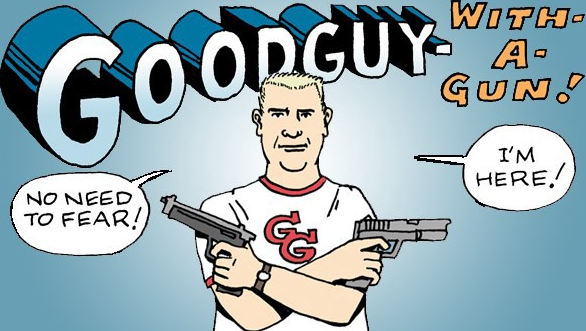 “The only way to stop a bad guy with a gun is a good guy with a gun,” Wayne LaPierre touts after most tragedies. He is the Executive Vice President of the National Rifle Association and avid gun rights activist. President Donald Trumps echoes him after every tragedy involving a shooter. The most recent a California bar that was shot up, leaving 12 people dead.

To say that an armed positive force is the solution to eliminating negative forces is a failure to see the real issue here. Why is this only an America issue? Do we see what is different in the society and political scope we have cultivated that has allowed what is undeniably a toxic dynamic that allows these “loner” and “mentally ill” types to get means to harm people? To have to look at every incident and wonder “why?”

The perpetrators in the most recent and most publicized killings got their guns legally. There is always the argument of illegal means still exist and that it leaves abiding citizens the only ones punished. But there still exists studies to indicate that legislation works. A simple graph presented by Vox shows that the United State far surpasses any developed country in gun deaths and gun ownership.

A good guy with a gun could diffuse a situation. But to curtail these situations should be the focus. Not to minimize carnage, but to minimize incident.