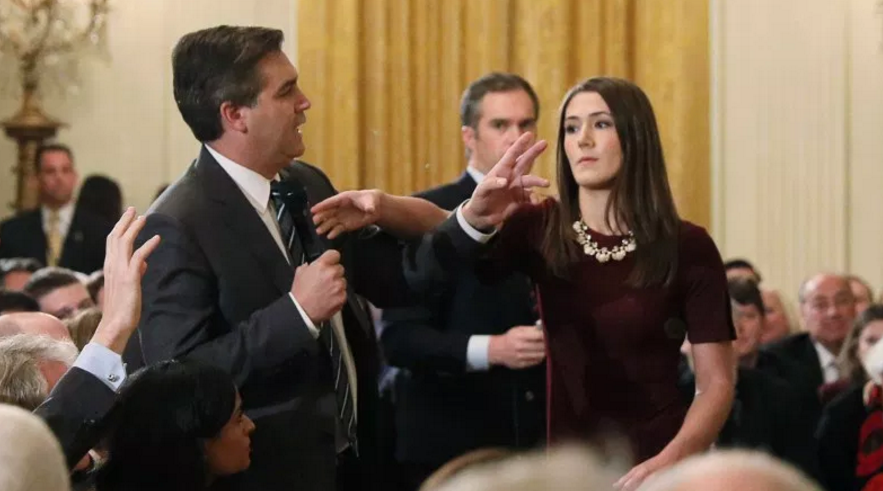 As of November 13th, CNN has filed a lawsuit against the White House for recalling reporter Jim Acosta’s press credentials. The popular news network has filed a lawsuit in Washington, D.C., District court. CNN later released a statement for their reasoning, “The wrongful revocation of these credentials violates CNN and Acosta’s First Amendment rights of freedom of the press and their Fifth Amendment rights to due process,”. Those involved in the lawsuit are; President Trump (defendant), Deputy Chief of Staff Bill Shine (defendant), the U.S. Secret Service and its director Randolph Alles and an unnamed Secret Service agent (defendant), Press Secretary Sarah Sanders (defendant), White House Chief of Staff John Kelly (defendant), CNN (plaintiff), and Jim Acosta (plaintiffs).

According to Mr.Trump, Jim Acosta’s press pass (hard pass) was removed because Mr.Acosta did not “treat the White House with respect,”. Another white house employee aslo had something to say about the widely debated topic, he stated that Acosta put “his hands on a young woman just trying to do her job as a White House intern”. Their video footage of the exchange that went on during the argument that leaves the viewer to decide whether the film supports or denies the accusation.

Overall the tension between CNN and the Trump administration has been exponentially growing through numerous ‘Tweets’ and heated encounters. As the case will continue to develope, more reasoning and accusations are sure to be uprooted. Until then, it is all up to the personal opinion to be the judge.