The Game We’ve Been Waiting For 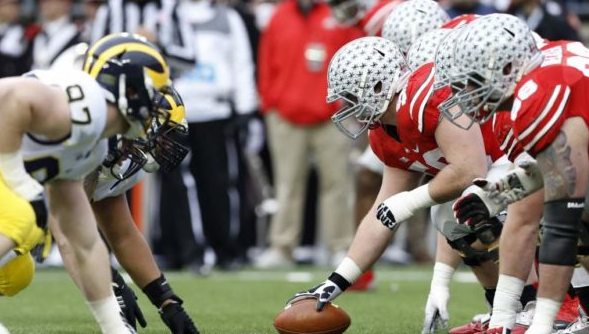 The Ohio State vs Michigan game is arguably the best rivalry in all of sports. They first met in 1897 and the rivalry has been annually played since 1918. Michigan leads the all-time series 58-49-6, but Ohio State has dominated of late. The Buckeyes have won the last six match ups and since 2002 they’ve won fifteen out of the last seventeen games.

Both the Buckeyes and Wolverines come into this match up at 10-1, however, Michigan is ranked 4th in the country and Ohio State is ranked 10th. The Wolverines are one of the hottest teams in the country as they have won 10 straight after losing to Notre Dame in their first game. Ohio State on the other hand, lost to Purdue in week 8–a team they should’ve beaten.

Michigan is favored by three points in the Horseshoe. The last two times Michigan has been favored on the road, Ohio State has won both by double digits. If Ohio State wants to win this game they have to play stout defense and have an effective running game against Don Brown’s defense. Michigan on the other hand, wants to put pressure on quarterback Dwayne Haskins and control the clock with their run game. Senior Adam Hascher said, “Dwayne Haskins has to play amazing if they want to win this game”.

This is shaking out to be one of the most anticipated games of the season.