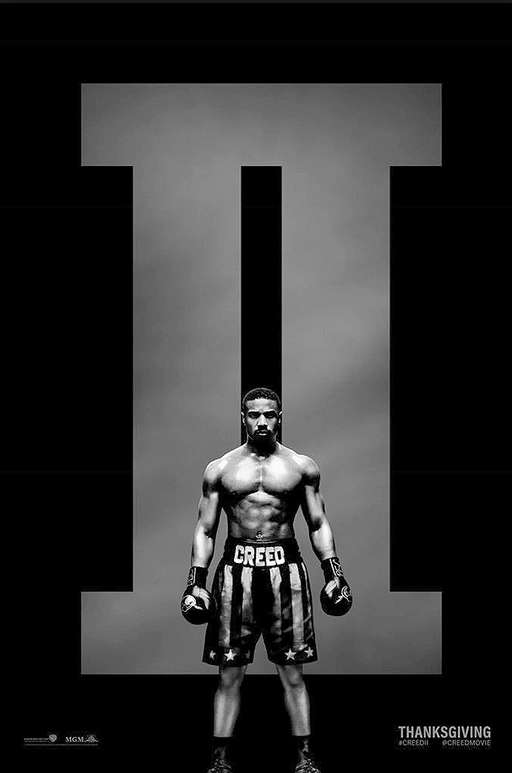 The Rocky inspired/reboot of popular boxing movie series, Creed, was just released over Thanksgiving week. It brought in $55.8 million, the largest holiday opening ever for a live-action film. Creed II as well as Ralph Breaks the Internet were the biggest Thanksgiving week box office openings in history.

Adonis Creed (Michael B. Jordan) has bigger things in life to think about as he and Bianca (Tessa Thompson) are beginning to start a family, while life is pushing him into many different directions while trying to not make the same mistakes in the past.

“Under guidance from Rocky, Adonis trains for the showdown of his life … A date with destiny that soon becomes his obsession. Now, Creed and Balboa must confront their shared legacy as the past comes back to haunt each man.” – IMDb

“Creed 2 doesn’t pack as big of an emotional punch as its predecessor, but I just can’t get enough of these characters. The Rocky nostalgia hasn’t worn off yet, and this film proves that it won’t any time soon.” – Kent Garrison, Mad About Movies Podcast, Rotten Tomatoes.

Brigette Nielson, who played Ludmilla Vobet Drago, made an appearance in Creed II, for the first time since Rocky IV. Many fans were very excited for her feature in the movie and others were also surprised.

As of right now, Creed II is grossing over $60,994,745 over the past week. It has gotten a lot of reviews; good and bad, but is considered to be the “Thanksgiving Box Office” winners.

“I think it was a really good movie. I never saw the first movie but Creed II makes me want to watch it.” – Moe AlKhdour