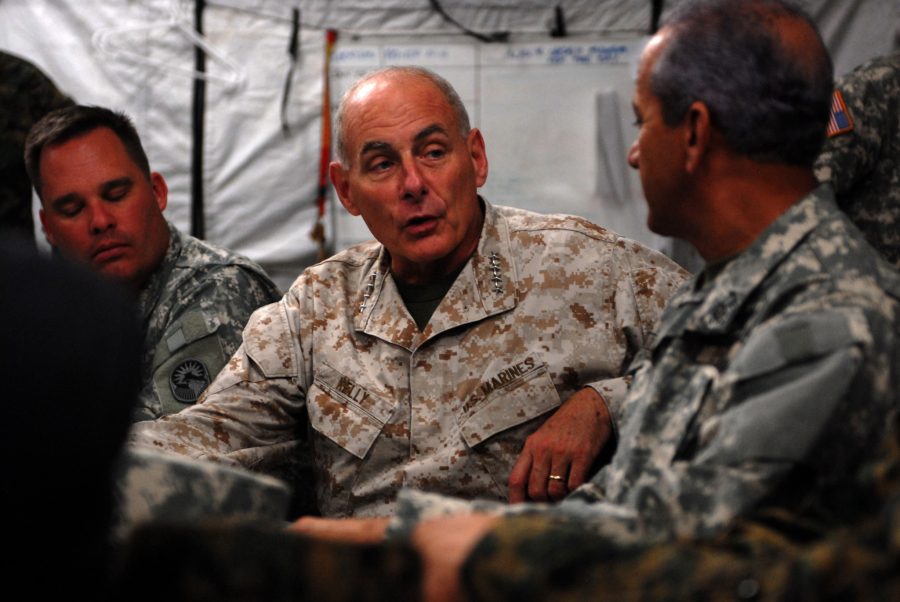 Gen. Kelly visits Beyond the Horizon in Dominican Republic

Just in time for Christmas, White House Chief of Staff, John Kelly, has decided to step down. He will be gone by the end of this month. He has managed the White House for over a year, and his replacement will be announced soon.

Kelly is a retired four-star marine. He commanded troops in Iraq, but still believes working as Chief of Staff is harder. In an NPR interview, Kelly said “Working in the White House is the hardest thing I’ve ever done in my life, bar none.”

When he replaced Reince Priebus in June of 2017, Kelly was expected to bring order into oval office. As Chief of Staff, his job is to do so. The Chief of Staff is to act as an advisor to the President and his cabinet. According to mic.com, “This position was created in 1939 by President Franklin D. Roosevelt and is responsible for a variety of critical functions in support of the president’s work and agenda. The original title, assistant to the president, was changed in 1961 to Chief of Staff.”

Kelly has control over who enters the White House. He is supposed to help manage the President’s social media, and has been receiving lots of backlash for the President’s tweets.

Sara Bitter, Lakewood High School senior, is glad that John Kelly will be out of office. “I think it has been too chaotic with him in office. There is no censorship in the things the President says, and, as his advisor, Kelly is supposed to control the things he says.”

It is Kelly’s responsibility to advise the President, but ultimately, Donald Trump will do what he wants. In an NPR interview, Kelly said he spends around seven or eight hours a day with the President.