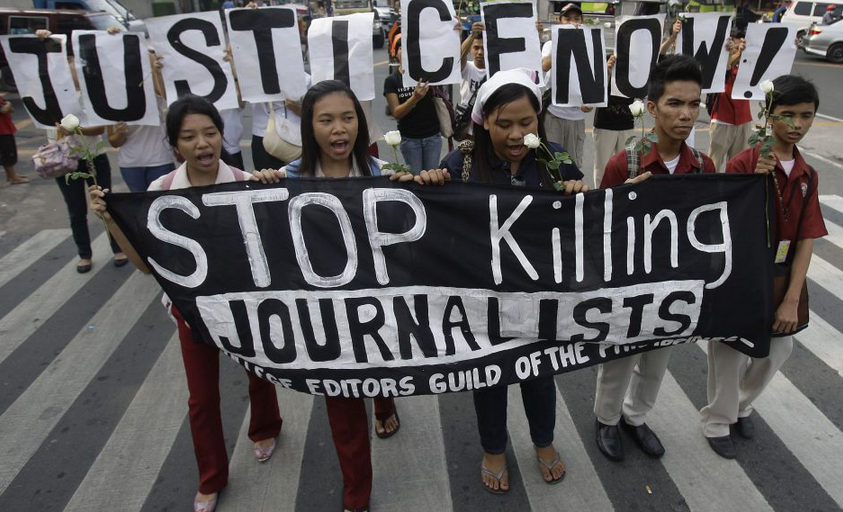 The shootings of five employees that took place worked for the Capital Gazette newspaper in Annapolis, Maryland,  sparked outrage within our country. This is not the only time this has happened, though. These things occur throughout the world more than you know. Senior Miranda Larimer said, “I had no idea that this was going on throughout the world. It did not even occur to me that journalists have to go through their day knowing they may not make it back home.”

Six people lost their life while working in the united States over this past year. Five of these journalists were the people who were murdered during the shooting in the Capital Gazette newsroom. This is now known as the deadliest single attack on journalists in recent history.

At least 63 professional journalists were killed on the job during 2018, which is a 15% increase from last years statistics. These death count rises to about 80 when you include all media workers and the people classified as citizen journalists, according to NBC News.

Khashoggi, a royal insider and was critical of Crown Prince Mohammed Bin Salman Al Saud. He began writing for The Washington Post after moving to the United States last year was found dead inside the Saudi consulate in Istanbul, Turkey, this October. This then led to outrage throughout the rest of the world.The Saudi officials then rejected the accusations claiming that the crown prince ordered his death, according to NBC News.