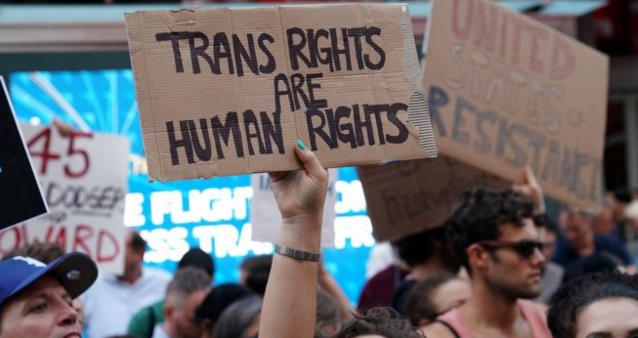 On Tuesday January 23rd, the United States Supreme Court placed restrictions on transgender citizens from enlisting or serving in the military. The court voted 5-4, highlighting its conservative majority.

According to NPR, “Under Trump’s policy, transgender persons who have a history or diagnosis of gender dysphoria and who may require “substantial medical treatment, including medications and surgery” are, with some exceptions, disqualified from military service.”

The policy was first introduced in a tweet from Donald Trump in 2017 calling to block any people with a history of gender dysphoria; anyone without the condition can enlist or serve but they are required to do so with the gender they were born with.

This policy is somewhat a reversal of the Obama administrations ruling that allowed for all transgender persons to enlist and serve as well has receive funding for re-assignment surgery. The Trump administration justifies the new policy as a way to cut back on the military’s medical expenses that result from providing such services to transgender citizens serving in the military.

Laura Durso, VP of the LGBT Research and Communications Project at the Center for American Progress, commented on the policy saying: “It undermines military readiness and perpetuates the fear across the transgender and allied communities that this government will not protect them, not even those who would sacrifice everything to protect our nation.”

This is not ban on all transgender persons but is just as discriminatory and anachronistic in its nature. The ban has not passed through the Ninth Circuit Court of Appeals but the Supreme Court has allowed it to go into effect while its legality continues to be debated in courts.