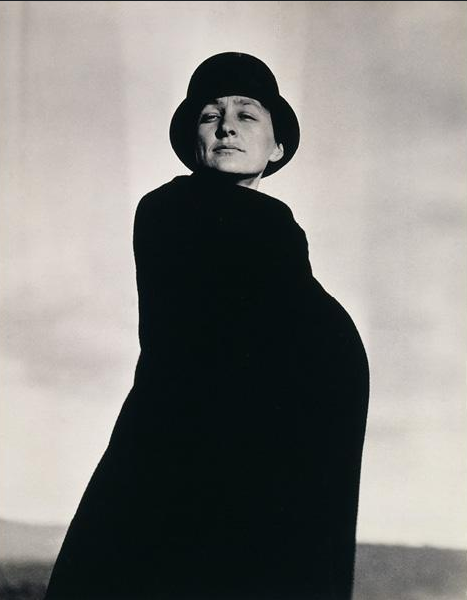 On March 3rd, the Georgia O’Keeffe: Living Modern exhibit will be closing at the Cleveland Museum of Art. So it’s the last chance to be able to see the works, the clothes, and the history of one of America’s most iconic artists.

I had the pleasure of being able to view the exhibit when it had recently opened. Of course the tickets were almost entirely sold out. The exhibit is laid out chronologically.

It starts with a room where one can see diaries and photos taken of O’Keeffe by her husband, famous photographer Alfred Stieglitz. Her blossoming in New York. One can see her black and white color palette shine through in her early works and the clothing she custom-made herself. With a monotone color and a conservative color. Sometimes masculine.

Next room ventures to her life as a widow, moving more to New Mexico, staying at her home fondly called the “Ghost Ranch.” This time she had been widowed and lived mostly in solitude. She was often photographed and filmed, this part of the exhibit filled with photos of her in the desert. She was severe in demeanor and wore the same black hat in this era.

She dawned blues and reds eventually, possibly “blossoming,” in her later years. It had a room dedicated to her statue work and the visit to Japan taken just years before her death. The final room shows its own dedicated to her final interviews and photos.

Take up the chance to see the exhibit before it ends in March. See the American artist now coveted by feminists as an inspiration in her trailblazing and iconic, simplistic paintings of flora and landscape.