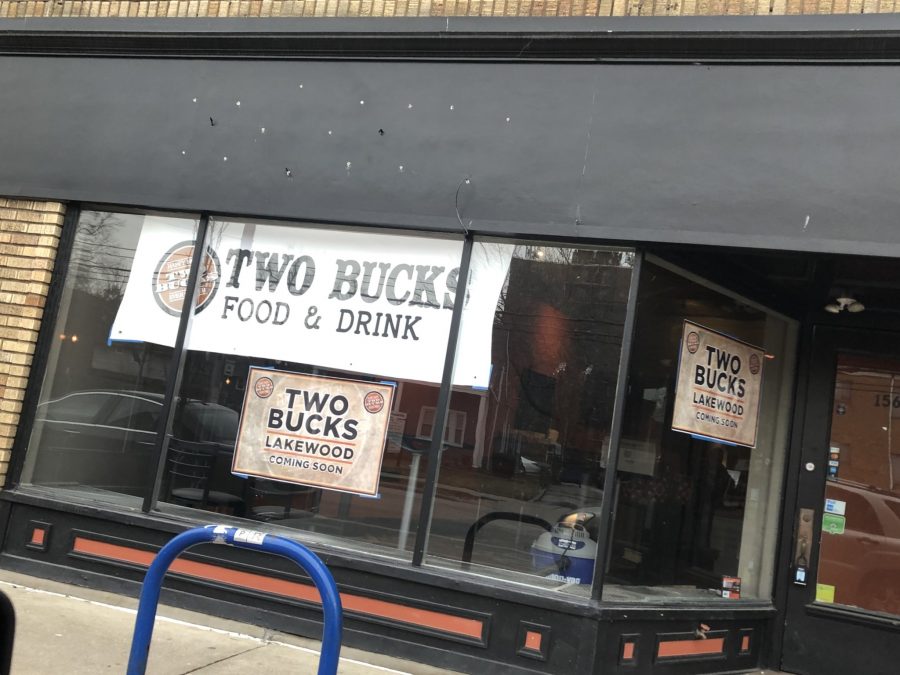 Lakewood is the prime spot for restaurants; walking down Detroit, Madison, and Clifton there are dozens of restaurants crowding the streets. Lakewood obtains a lively environment because of the restaurants, bars, and parks that are located all throughout our city.

Due to all of those factors, the restaurant Two Bucks has decided to open a new location in Lakewood. On the corner of Lakeland and Madison, used to be Roxu Fusion, which was opened in 2015 and closed only three years later.

The new location is being constructed and set to open before St. Patrick’s Day 2019. Since the opening of their Avon location in 2010, they have expanded to Parma, Eastlake, Columbus, North Olmsted, and Middleburg Heights because of their success.

They are known for their Mac ‘N Cheese, along with more bar food, and their large variety of beer and liquor. This past weekend Two Bucks participated in the annual Mac ‘N Cheese throw down; a contest located in Cleveland with the top thirty restaurants competing against one another. Not only is their food good but it is all affordable too, with their slogan being, “happy hour every hour.”

Local Lakewood resident and Two Bucks sales representative for the last nine years, Rusty Lane stated, “I think they will do great because they offer great product at an even better value…Two Bucks is a place that needs a fun setting which makes Lakewood the perfect place.”

The simple, cheap, and tasty food adds to the already lively environment that Lakewood possesses, and the community is excited to see Two Bucks be apart of it.