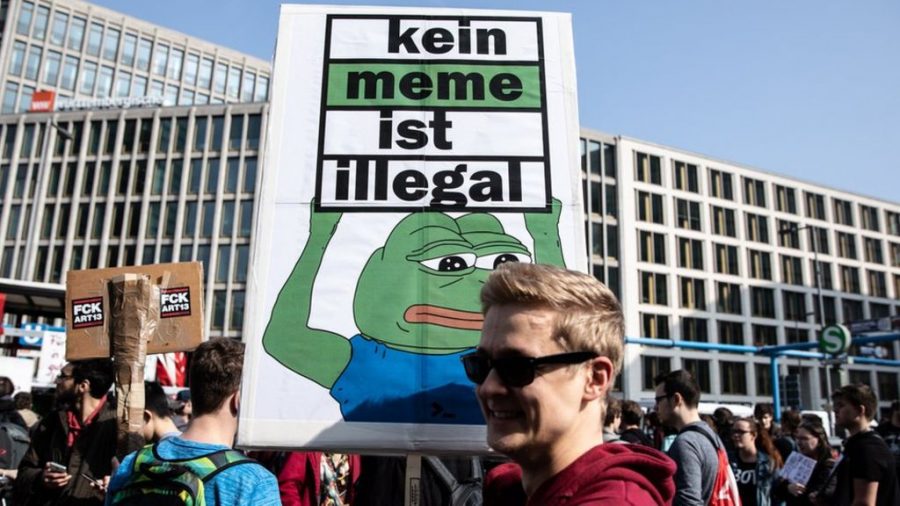 BBC News. "No meme is illegal"

Copyright, the right, the legal right, of a creator to determine how their work is utilized or presented to the public.

Recently, the European Parliament voted in some new copyright laws. These rules, many times, have been protested against. The very controversial Article 13 plays a major role in these rules.

Many arguments have been made that creators are still paid equally, as well as fairly under this system. Google provided a statement, expressing that it would “harm Europe’s creative and digital industries.”

Articles 11 and 13 are the clauses that have caused the most backlash.

Article 11 states that payment should be required when using various links, as well as when visiting various news websites.

Article 13 states that various companies involving technology will be held more accountable for any material that is uploaded onto the internet without a copyright license.

The use of memes, as well as gifs, has been a cause for concern for many people.

Article 13 stands as one of the main reasons as to why there has been so much controversy regarding this issue.

Article 13 does not even include various services involving storage, which includes various parodies, also known as, memes.

Now, memes, as well as gifs, generally involve scenes or stills from various films and television shows. This was something that instilled great fear, as people were concerned for the future of memes, gifs, viral videos, etc.

The European Parliament eventually would issue a statement, declaring that memes would be “specifically excluded,” with various other issues still having a place in these rules. It has been said that the intention never to put an end to memes, or gifs at all.