Why the NBA should allow 18 year olds to enter the draft. 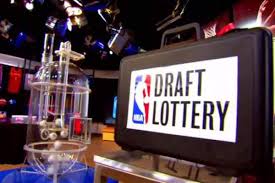 In the year 2005, the NBA changed the age to enter the draft. Before 2005, at just 18 years-old you were allowed to enter the NBA draft. This was changed because people thought that you should experience a year of college basketball before going to the NBA. I strongly disagree with that.

Players who have the talent to go to the NBA at age 18 have a disadvantage. The injuries that can happen to a player can be career-ending. In the NBA you are getting  to play and even if you get injured you are getting paid. Players like ” King James”  who jumped from High school to the NBA have been very successful.

Two of the greatest players that have ever played the game, Kobe Bryant and LeBron James were 18 entering the draft. Both of these players are known as some of the best right next to Michael Jordan. Kobe Bryant ended his career with the 3rd most career-points. Right behind him at number four is LeBron James.

This past month the NBA has introduced the idea to change the NBA age from 19 to 18. The reason for this is Zion Williamson. The man, the myth, the legend. Williamson recently suffered a strained knee from a Nike shoe that ripped while he was playing. This could have been the last time Williamson touched a basketball. At just 18 years-old, Zion Williamson was the number one draft pick in the NBA.  Zion could have wasted his talent and gotten injured instead of going to the NBA draft and making millions. It is not fair for the players to waste their talents at the NCAA when they do not get paid.

These players are wasting their talent. They could be getting paid millions but have to wait a year playing without pay. This needs to change.