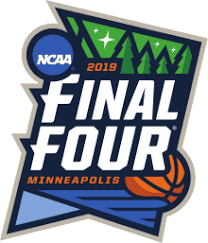 These Final Four teams are not the teams that most people had expected to get where they are. Everyone’s favorite, Duke is out of the running and so is Zion Williamson,  Michigan State beat the Blue Devils by only one point, the final score was 68-67.

Then Virginia just beat the favored underdogs, Auburn. The game had to come down to the final seconds of the game the ball with Virginia and he shoots, foul, they are at the free throw line and it is 62-61 Auburn has the lead.  Virginia had made two out of the three free throws to win the game; 62-63.  Now it is Texas Tech in the finals against Virginia.

Then a huge upset over the weekend happened, Texas Tech beat Michigan St; 63-44. One crazed fan bet 1,500 dollars that Texas Tech would win the whole tournament.  The odds of this happening from the beginning of the tournament were 200-1.  Neither Texas Tech or Virginia have ever even won a title before.