Apple vs. Qualcomm Heads to Court 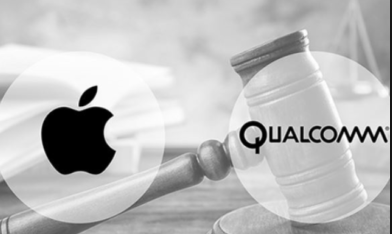 Apple is one of the most renowned companies in the technological business and has many ties with other companies; one with Qualcomm has already went wrong once and is headed to trial again.

Just over two years ago, Apple sued Qualcomm for patent licensing issues for $1 billion.  The two are now back in court in order for Apple to get paid back what could be close to $27 billion, according to the New York Times. The battle is purely over money and reputation of products. Qualcomm designed a form of cellular communication that we have been using for what seems like forever. This engineering allowed them to “charge patent loyalties” and increase their income–which is the problem.

For years, Qualcomm has been taking in money that is not seemingly theirs. Countries across the world have sided with Apple as they have been overpaying the semiconductor company. Not only has Qualcomm’s overall reputation been affected due to this scandal, but their business practices have also been examined by the Federal Trade Commission.

The New York Times believes that with the trial on hand, there are two things going to be in question: “What is the proper balance between patent rights and competition? And what is the proper role of the government in regulating tech giants?”

Since the scandal, Apple switched suppliers and is no longer working with Qualcomm. The new iPhone XS and iPhone XR contain Intel chips–which is a challenger to Qualcomm.

Lee Moorman, a long time Apple supporter, said, “Apple has been cheated for many years by Qualcomm and I am glad it is finally time to see this wrongdoing taken care of.”