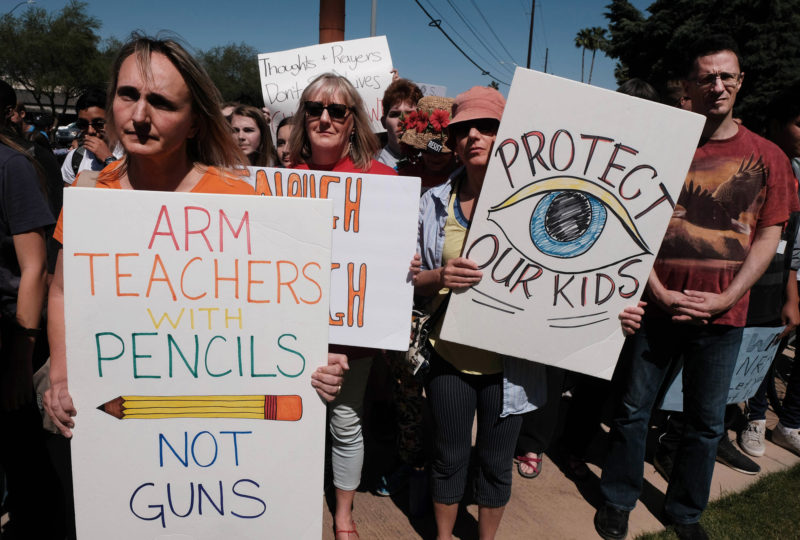 After the Marjory Stoneman Douglas shooting on February 14th, 2018 many state legislators proposed different ideas on how to combat the issue of school shootings. One idea was that teachers with a concealed carry would be allowed to carry guns in their classrooms.

On Wednesday May 1st, 2019 Florida state legislators passed a bill allowing teachers to carry guns in classrooms. The Florida’s House of Representatives voted 65 to 47 to pass the bill. Florida’s Senate approved it 22 to 17.

The Florida governor Ron Desantis is expected to sign the bill into law soon. The bill would allow districts to have teachers who pass a 144 hour training course to carry their guns. President Donald Trump and the National Rifle Association argue the bill would allow for teachers to protect themselves and their students from potential school shooters.

However, many people have raised red flags regarding teachers having access to guns. An article by Texas Tribune states, “…black students are overrepresented in all types of disciplinary referrals and are more likely to have their behavior addressed by school police officers than their white peers.” State Senator Jose Rodriguez, Del Paso said “People bring their biases and life experiences to the work setting — in this case that would be the schools — and sometimes those biases unfairly harm kids of color.”

The topic of gun control is a very divisive topic. Lakewood High School student Madisyn Kelly says, “Floridians should not have guns in the first place.”

Although allowing teachers to have access to guns might seem like an easy solution, it might just be fighting fire with fire. Before anyone passes nation wide bills about this issue, they should consider the harmful effects this bill could have, and make sure the safety of all students–especially the overlooked minorities–is taken into account.