A lethal disease is on the rise in the northeast region rapidly spreading through the states. We are all used to pesty mosquitos eating us alive in the summer, but a single bite from an infected mosquito can cost you your life. If it hasn’t been on your radar, likely it soon will be.

Eastern Equine Encephalitis, more commonly known as ‘EEE’ or ‘triple-E’ is a rare and deadly arborvirus, a virus transmitted by mosquitos or other anthropods.

This virus should not be taken lightly; a fatal sequence that works its way into the bloodstream until it reaches the brain causing massive swelling. CDC says that EEE symptoms can surface after 4 to 10 days of being infected, so it is important to catch it in the early stages.

Symptoms starting from early on: chills, fever, headache, vomiting, discomfort, drowsiness and diarrhea manifesting for many days until the final stages of seizures, coma, and possible death.

33% of those who contract the virus die and those who do survive are left with major brain damage and are essentially not the same person they once were. But, the scariest thing is that there is no cure or treatment for EEE, so you must stay protected at all costs.

Although it is very rare, it is coming more prevalent in the northeast states. DPH has officially confirmed its 12th human case of EEE this year, ranging from a young 14-year-old girl in Michigan and a man in his seventies in Campden County. Of these twelve cases, three have died. Humans are not the only ones being affected by this virus, triple-E has been confirmed in 7 horses and one goat this year.

When talking to Lizzie Roche, a nurse and frequent worrier of this virus affecting her family. When asked about this virus and it affecting her loved ones she had to say:
“I am usually freaking out about some virus or disease going on in the world, and EEE is one of them. When on a trip with my family to Colorado this past summer it was painted with thousands of mosquitos. We all were covered in bites from head to toe and I couldn’t help freaking out how at risk we were.”
“Although mosquito populations are declining at this time of year, risk from EEE will continue until the first hard frost,” stated epidemiologist Catherine Brown said in an interview. “We continue to emphasize the need for people to protect themselves from mosquito bites.” 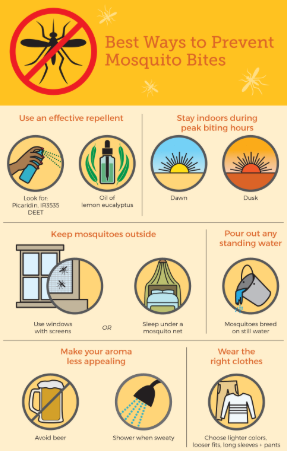 Due to the fact that our earth is continuously heating up; mosquito season lasts longer and making people more susceptible to the virus in all seasons. This is why it is so stressed to stay protected, and you can do this by following these simple steps:

Apply mosquito repellant that is EPA-registered on exposed skin.
Wear light-colored clothing: long-sleeved shirts, jackets, pants, and high socks. Anything to protect you from exposing yourself to bites.
Avoid being outside during dawn and dusk when mosquitos are most active.
If sleeping in the woods or in exposed structure, use mosquito netting.