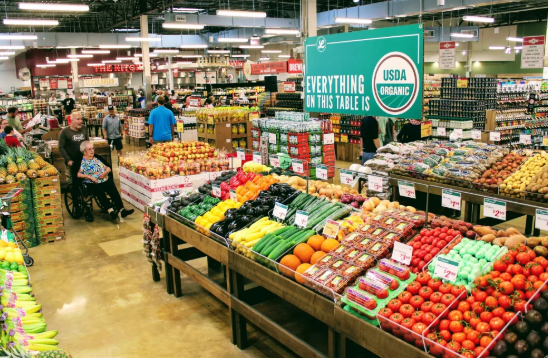 On the Lakewood and Cleveland border there is a grocery store called Lucky’s Market. It has brought in many customers because of its low prices and high quality goods. But the question has come up on whether it will be closing or not.

To set the record straight, the Lucky’s Market on Clifton, will not be closing. Kroger divested in Lucky’s Market, which is why many other Lucky’s have closed down. But the one in Lakewood/Cleveland will remain open. Without Lucky’s our grocery store selection would lack character.

According to patch.com, Lucky’s Market has 39 stores across 10 states, 20 of which are in Florida. Of these 39, as many as 32 are closing because of Kroger divesting. A big company like Kroger divesting in a company can cause the company to not be able to pay for their expenses, luckily for us the Lucky’s in Cleveland doesn’t need Kroger’s economic help as much as the other companies.

When asked how he feels about Lucky’s staying open, Omar Odat, a student here at Lakewood High school, said,” I’m really glad that they are staying open because that place is my favorite grocery spot. The prices are great and so is the food. It gave me a scare when I heard that they might close.” Lucky’s has made an impact on students, which just shows that if it was gone, there would be mayhem.

Lucky’s Market has made such an impact on the people of Lakewood and Cleveland. An impact so big that people were starting to worry about where they were going to go if it closed. Luckily chaos was prevented, when they announced that Lucky’s is not closing.