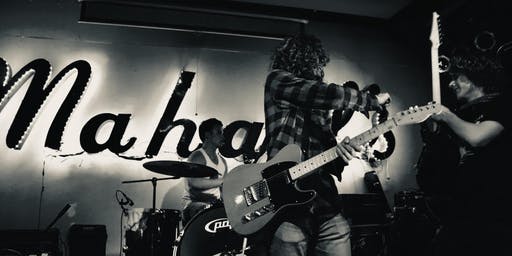 Q: What’s the hardest thing about starting/maintaining a band?

A: Starting a band is super easy, it takes patience. Obviously you start with wanting to be in a band with friends so you gather however many people you want in the band and go from there. Once you form your sound and bond with each member, it’s tough to let them go or if they leave because every member you audition.. you’re looking for the old members style. Maintaining it has been tough for us because we’ve been in a lot of fights, but we bounce back. You just need to hangout a lot to bond with each member. Finding a schedule that works for everyone is tough.

Q: What do you think is the most important thing you can do to be  successful band?

A: I’ll tell you when we get there.

Q: What’s the best part of performing in band?

A: Being the lead singer,you have control over everyone’s emotion. I do certain things to spice up the moment. If your shoulders are slouched and you’re not moving much, the crowd will feel the way you are presenting your body. Seeing how people react to every move you make is so precious and amazing.

Q: What advice do you have for people who want to start a highschool or local band?

A: Save your money from each gig for equipment, every song you write is a good song even if it’s bad, it builds you into a better writer, creativity comes from within, not drugs or alcohol.

Shallow heads have played several shows around Lakewood. Most of the members go to LHS though some of them are graduating next year. They intend to stay as a local band after highschool.