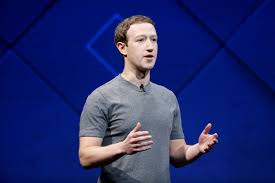 Remember when Facebook was a wholesome social media app for sharing pictures and texting your friends? Well, with the new decade, comes the new presidential election year, and with that, comes the new political advertisements, playing on none other than the most used social media platform, Facebook. But it doesn’t end there. Facebook’s reputation has not been looking so good lately, and that’s because it is not controlling the truthfulness of the messages sent. Politicians are being allowed to run false ads, and nobody is doing anything about it.

On January 9th, Facebook stated that it would not ban political advertising, and it would not be responsible if the ads were spreading lies instead of the truth. According to CNN, these ads are going to target specific groups, which will make it harder for rival campaigns and the press to track them.

“Facebook is feeding into the already divisive nature of politics on social media and promoting falsehoods as to the state of American affairs,” says junior Emma Owens, an active Facebook user who’s always up to date with politics.

Even Stephen King, the famous horror novelist, has quit Facebook after being extremely concerned and uncomfortable with the false information and privacy issues. Instead, he is using Twitter, which has banned political ads completely.

George Soros, a philanthropist working for NY Times, even declares that Mark Zuckerberg should not be in control of Facebook, because he’s clearly not making the right decisions. He’s also positive that Facebook will help Trump get re-elected and Trump will continue to defend Facebook against attacks from the media, because their interests help each other achieve what they are aiming for.

On the other hand, Mark Zuckerberg, CEO of Facebook, is fine with doing things that are unpopular to the public.

“Our goal is not to be liked, but to be understood,” Zuckerberg says.

Facebook is not fact checking political ads, and that is a major problem. Something needs to be done fast, or else we won’t have fair elections in 2020.