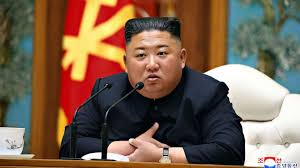 Kim Jong Un is the Supreme Leader of North Korea. He took control of the nation after his father’s death from a heart attack on December 17th, 2011, and has been in charge ever since. Kim Jong Un is known around the world for his tyrannical rule over his nation, with disregard for its citizens. He is a huge advocate for a strong military and has caused quite a bit of unrest for other nations since the beginning of his tenure.

Kim has been making headlines recently, as word that he was in critical condition after a surgery broke out across the world. North Korea, and its media, have stayed completely silent on the issue, leaving even more confusing around the world, with people only really being able to speculate what is going on.

The United States, it seems, is paying particularly close attention to these events. The National Security Adviser for the United States, Robert O’Brien, said that the US is, “Keeping a close eye” on the pending situation.Another US official stated that concerns about Kim heath are credible, but that the severity of his condition is hard to assess.

Whether Kim Jong Un is in critical condition or not, the world is watching to see what happens. It is clear that whatever does happening could change the game for social affair with other nations. COVID-19 is already making the world uneasy, and I fear that an altercation could spark due to the unrest.