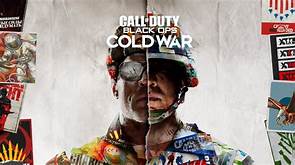 “Call of Duty Black Ops Cold War” is the next Call of Duty game to come out in the Black Ops franchise. People also call this game “Black Ops 5”. It is coming out on November 13th, and it is available for pre-order. If you already pre-ordered the game, you can preload it so you don’t have to download all 90 GB when it comes out on Friday.

The campaign is going to take place in the 1980s. The main character is going to be hunting a Russian spy named Perseus. This spy was an actual person with the same code name and was thought to have actually infiltrated the US government.

The multiplayer is going to be like all of the other Call of Duty games. It is going to have team deathmatch, hardpoint, domination, gun game, free for all, and many more. There is also going to be something called cross-play implemented into the game. Cross-play lets players from the PS4,  PS5, Xbox One, Xbox Series X, and PC all play together.

Warzone is going to be the same as the one in “Call of Duty Modern Warfare”. 100-200 players drop into a map and have to find guns and loot, and have to kill other players, and have to be the last team standing to win before the gas comes in. It is going to have loadouts, buy stations, gas masks, and everything that is currently in the warzone in Modern Warfare. “I already have this pre-ordered. I expect greatness,” says Franklin Limkemann, a junior at Lakewood High School.