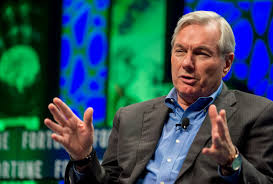 Doctor Michael Osterholm, the director of the Center of Infectious Disease Research and Policy at the University of Minnesota, stated that the country is at a point where paying workers to stay home is a possibility. He says that they would pay packaged wages to cover the six weeks which would result in case numbers dropping drastically.

Dr. Osterholm stated, “If I interviewed 50 people today in the U.S. for what they define a lockdown as I could get 75 different answers”, meaning that people all over the country have different opinions on how things should be dealt with. However, something needs to be done because of the rising cases in recent weeks.

On Wednesday, November 11th the nation as a whole recorded more than 145,000 new coronavirus cases, which broke the previous record. With the alarming amount of cases and the overflowing hospitals, Biden’s task force is planning to take action.

In El Paso for example, the city had to bring overflow hospital beds because of the number of cases. On Wednesday more than 1,000 people were hospitalized just in El Paso, which is even more than many states.

Even with the alarming rate in El Paso, Dr. Osterholm says that this could be the new normal if action is not taken. The upcoming weeks/months could be very scary if something is not done, and we may not have time to wait for a vaccine if cases keep rising at this rate.