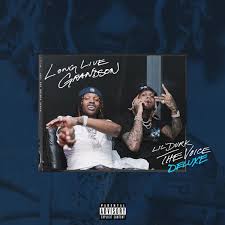 Lil Durk, a Chicago rapper, released the deluxe edition of his latest album, The Voice, with rising Memphis rapper Pooh Shiesty and it is attracting a lot of attention.

Durk calls Duck a “goofy” and continues to diss his name and his gang affiliation, saying: “She ask me how high do I get, I told her high as Duck” and “Man, he talkin’ ‘bout gang in this b-tch. He ain’t get back from that one sh-t, man his gang ain’t on sh-t.”

Durk also referenced a 2018 incident where rapper FBG Wooski survived being shot in the head at the funeral of a fellow rapper.

Durk hinted at the song in a tweet shortly before he dropped it saying: “I’m done name dropping the dead after my deluxe ….in songs only tho.”