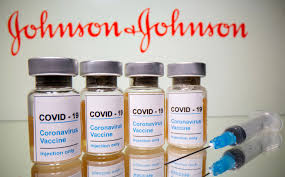 On top of the two COVID-19 vaccines that we already have, Johnson and Johnson is at work on a new vaccine that could be authorized in the near future. Their vaccine was proven to be 66% accurate at preventing moderate to severe disease.

The vaccine is 85% effective overall at preventing hospitalization and death in all regions where it was tested.

Its efficacy against moderate and severe disease ranged from one country to another: 72% in the US, 66% in Latin America, and 57% in South Africa. This was measured starting one month after the shot.

Dr. Paul Offit, the director of the Vaccine Education Center at Children’s Hospital of Philadelphia, said there is a small difference with the J&J approach compared to other vaccines. He later went on to say, “In the case of the Moderna and Pfizer vaccine you’re just giving the gene in a lipid nanoparticle or a fat droplet, but In the case of J&J, you’re giving the gene in a virus that can’t reproduce itself.”

The process for the Johnson & Johnson vaccine should be about the same as it was for the Moderna and Pfizer vaccines, according to Offit. In the near future we could be looking at worldwide vaccines for the coronavirus.