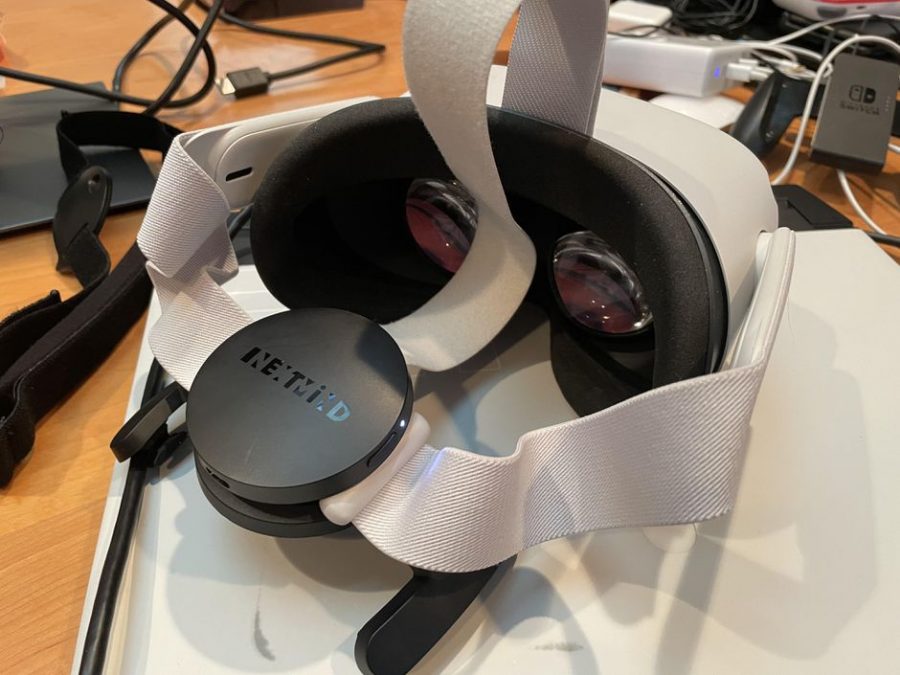 A company called NextMind is creating these band-like devices that can sense the electrodes in the visual cortex.

This device looks like a headband with a disc on it that has tiny little rubber pads. This attaches to the back of the user’s head and it lets them do all sorts of things. It allows the user to do simple actions, such as moving something out of the way.

This headband was released at CES 2020, and the developer kit costs about $400, so a regular consumer could buy it if they wanted to drop the money for it.

Many other companies are working on making technology with neural input.

A company named CTRL-Labs, which was later bought by Facebook in 2019, developed an armband that could take hand and finger input and send them to a phone or computer. This could let you type messages without even touching a screen or keyboard.

Another company named Mudra is working on creating a wristband for Apple Watches that can sense neural inputs from the wrist. This Mudra Band can interpret individual finger’s movements, it could even sense how much squeezing pressure is being applied. It can even be used as a prosthetic wearable for people with no hands.

NextMind is looking to use this technology for everyday use. They are wishing to use this to even help physical inputs, such as walking, or controlling prosthetics, grabbing, arm movement, and even more.

Facebook is predicting that we will have everyday use of these neural inputs within 3 to 5 years. They can even be combined with wearable things like glasses or hats. “This sounds really cool! I can’t wait until we can use these,” says Quinton Turpin, a sophomore at Lakewood High School.