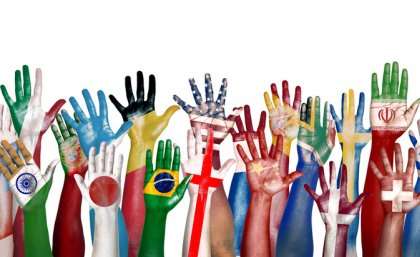 Girls Facing History and Ourselves Leadership Group is a club that is run by Lakewood’s own Mrs. Eadeh. It is a club that recognizes that there are different cultures and beliefs and beliefs all around us, especially right here in Lakewood. Their mission is to close the gap of discrimination and the belief that diversity is bad. They want others to realize that all of our differences can make society, as a whole, closer together.

I got to talk with a three-year member, Semra Dervisevic. “It showed me that those who can put on the bravest and toughest face actually have a pretty rough past. It showed me not to judge anyone based on anything other than their personality towards me and the way the treat me. not just their appearance, where they came from, who they talk to, and things like that.”

Discrimination is a real issue all over the world. It is a problem that will not just go away on its own. Every little thing counts.

At typical club meetings, they usually talk and plan for future community services they plan on doing. One project they did was writing letters to a refugee camp Yezidi. The camp consisted of girls that had experienced some pretty awful things from metal to physical abuse. They wrote these letters to encourage the leaders of this camp to keep pushing these girls and encouraging them to keep going. They had reasonably assumed these girls probably were not very optimistic and unhappy with how things are going so they just wanted to try to help remind them of their worth.

They also have leaders from organizations that dealt with refugees and immigrants before come in and talk to the girls in the club about the things they have dealt with and they listen to their stories and then put together a way to figure out how to help these poor girls.

This club is helping with real world issues that are very much overlooked. I strongly encourage people to look into this club and see what they could do to help. What these girl are doing could very well be life changing for people who need it the most.