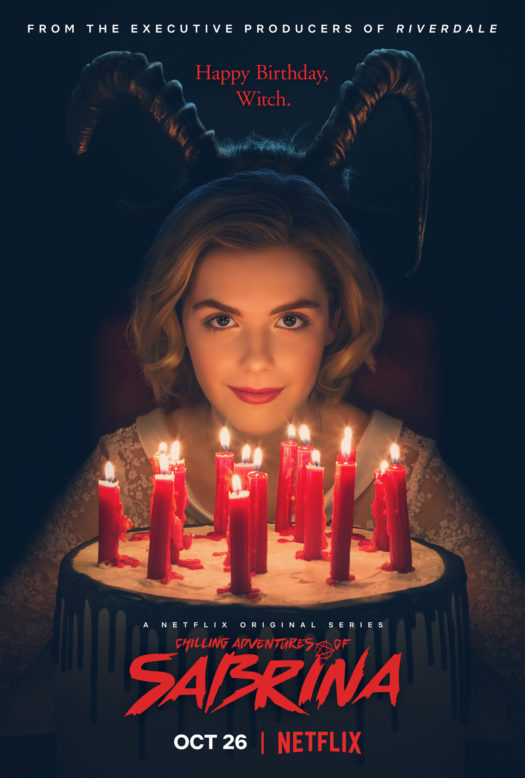 When one hears Sabrina the Teenage Witch, one thinks of the comedy that aired during the nineties with a talking cat ironically named Salem and the trials and tribulations of a teenager who so happened to have great power. It was, in ways, Full House but with spells and incantations.

The Chilling Adventures of Sabrina tells a different story in different means. Both are based around the Archie comic series that had several volumes and over two-hundred issues. But the reboot has…a different genre altogether.

The new Netflix series follows a darker theme, there being strong occult and satanic themes. It pulls from the Archie Horror publication of a series of comics by the same name that began in 2014 and still is in print. The plot points of the show span several episodes, Sabrina Spellman’s main struggle being the choice between her mortal relationships and her birthright powers as a witch. There are also of course dashes of discrimination due to birthright as Sabrina is a half-witch (and the only one of her kind).

She still is raised by her two aunts, Zelda and Hilda, still existing a dynamic of two bickering sisters who put Sabrina above their differences. However, there shows further conflict, the two having differing focuses on which part of Sabrina to cultivate: witch or common man.

Sabrina’s villains rely more on her witch identity rather than being the teenage antagonist of a school bully, as she steps up against the Dark Lord (Satan) and his minions at every turn. She still has her loving boyfriend Harvey, but now worries for keeping their love alive through her coming-of-age as a witch…along with his mortal life as her presence puts him and her friends in danger.

The show relies on these dark themes. It banks on the satanic-panicesque feeling of a small town. A sleepy town has a scary cult that survived trials centuries ago. With essences drawn from classic movies such as The Exorcist and Rosemary’s Baby, it exists as a soft horror show good for those who cannot stomach American Horror Story.