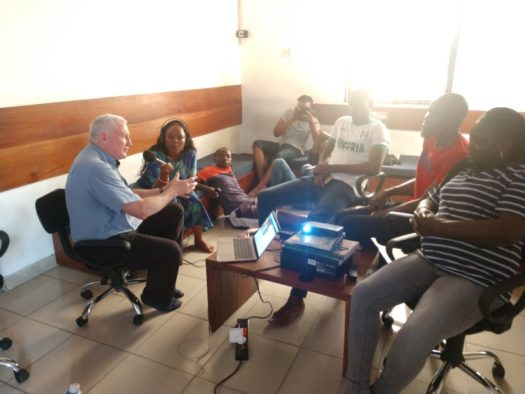 Lakewood mayor Mike Summers recently returned from his trip to Africa. His reason for the trip was to visit his daughter, Barbara, who has spent the last three years as an urban planner in Nigeria to help the residents of different shantytowns better their lives.

Mayor Summers says that his reason for going to help our has nothing to do with immigration from Nigeria, more so a transition from rural living to urban living.

“I’d say the strategic interest by the funders, whether it’s the world bank or otherwise, is that if these cities don’t become more viable, these people are going to be on the move,” said Summers in an interview.

Barbara explained to her family and to interviewers the corruption that takes place within Nigeria, which is home to an oil based economy. Part of her job includes helping the country correct its economy, in hopes of potentially getting rid of any corruption within the country or economy.

“It’s a top down economy and not a healthy one. The point is, you add all that together and that’s a big challenge. My daughter is working at the bottom of all of that, trying to push from the bottom up. That’s part of the conversation we had,” said Mayor Summers.

“It’s cool that we have somebody so close to home doing good in the world,” said Jerry Winch, a Lakewood High junior.