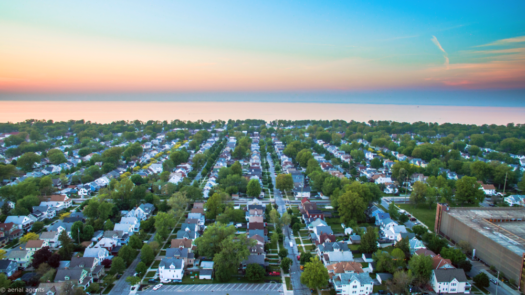 In a recent article, Lakewood was named the most stressed city in Ohio. How could our little town, nestled next to a large city like Cleveland, be so stressed? The answer lies within the city itself.

Job site Zippia was the apparent accuser, siting many problems in Lakewood. For one, the population Density of Lakewood is similar to that of Washington DC, making this little town feel just a little smaller.

Secondly, Zippia cited the commuter times for people working and living in Lakewood were significantly longer than any other town in the area. This can understandably cause stress, as work is a serious thing for everybody.

Unemployment was also cited as a reason for stress. Lakewood has a 4% unemployment rate, causing many people in that affected percentile to have a reasonable increase in stress levels.

Underemployment also seems to give rise, as Zippia reported that Lakewoodites worked fewer hours than the national average,  leading to less pay and increased chances of poverty to grow here.

One of the largest issues Zippia reported on was house pricing and income correlations. Many Lakewoodites can’t afford the proper housing here because of the outrageous property taxes.

This leaves many people stuck in rentals, rather than being able to own a home. Zippia also found the median prices of homes in the area to be way higher in Lakewood than surrounding cities.

While this is all only based on one websites study, it does make sense and something should be done about it, but the answer to it isn’t exactly clear. Many things will have to change in order for that to happen.

Lakewood sits at the 39-spot for the most stressed cities, sitting with the likes of West New York, NJ and South Miami, FL.