Why the warriors will win the NBA finals 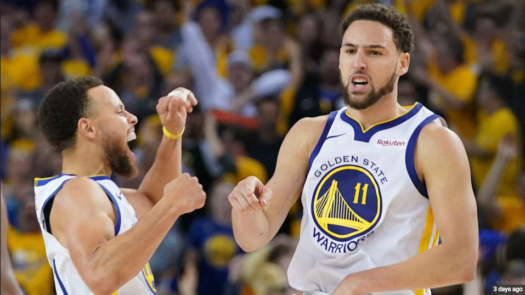 The defending NBA champs, The Golden State Warriors have been on an extraordinary run. They are the number on the offensive team and defensive team in the NBA. They reached the Western Finals this past Friday beating the Rockets in just six games. Although Kevin Durant was out the first quarter with a sprained knee the Warriors still pulled away with the win 118-113.

A big reason why I believe the Warriors will be the 2019 NBA champs is that they have 2 MVPs on the team. Senior Wilson Reynolds believes “There is no way the Warriors will lose.” Curry and Durant are unstoppable forces and know how to score in every way. Curry finished the NBA season with 23.5 points per game, Durant finished with 27. The Golden State Warriors have five all-stars on their line up. Not to mention they pulled away with Demarcus Cousins this past offseason. Cousins signed with the Warriors on a one-year deal.

In the past 4 years, the Golden State Warriors have won the NBA title 3 times. A big reason for the success is Kevin Durant. In his past 5 games in the playoffs, he finished with 35+ points, not to mention scoring 40 on two of them.

The three-point skill of the Golden State Warriors is unbelievable and something no other NBA team can do. They have proven how efficient and hardworking they are and will do anything to win another NBA title.