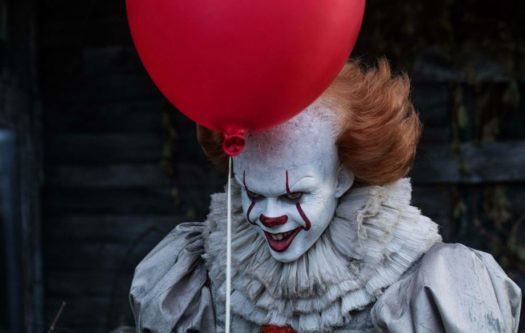 On September 8th, 2017, a film adaption of Stephen King’s IT was released, with critics praising the film overall. Stephen King himself has been on board for the majority of this entire process. Something to note is the ways that Bill Skarsgård’s portrayal of Pennywise differentiates from Tim Curry’s portrayal from back in 1990.

The film went on to become one of the best film adaptions of any Stephen King novel in the eyes of some.

A sequel titled IT: Chapter Two is set to be released on September 6th, 2019, with Bill Skarsgård returning as Pennywise. The film covers the second half of Stephen King’s novel, where The Losers Club returns to the fictional town of Derry, Maine as adults to confront Pennywise one last time.

A trailer for the upcoming film was finally released on Thursday, May 9th, 2019, revealing an even more sinister Pennywise, along with the adult members of The Losers Club.

The first half of the trailer is a clip from the film, as Beverly Marsh visits her childhood home, coming face to face with a manifestation of IT. The second half of the trailer features the other members of The Losers Club, as they reunite to stop Pennywise once and for all. The trailer ends with Pennywise attempting to lure in another victim.

IT: Chapter Two will be released on September 6th, 2019, and will conclude the epic saga of The Losers Club and their lifelong battle with Pennywise.