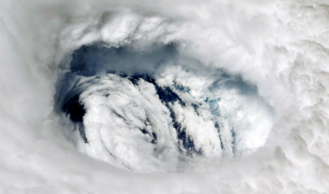 Hurricane Dorian is the hurricane that destroyed the Bahamas killing 30 people, injuring 21 and hundreds more missing on September 2nd as said by BBC News. Hurricane Dorian also missed the main island of Puerto Rico unfortunately the Bahamas wasn’t as lucky.  It was spinning in the Atlantic less than 100 miles from the Florida coast. The Hurricane left over three feet of rain in some areas of the Bahamas.

It is now heading to the Carolinas both will feel Dorian’s impact on the Southeast late Wednesday through Thursday as said by NBC News. Tornadoes hit Carolinas early Thursday as Hurricane Dorian floods Charleston more that 200 thousand with no power.

Francisco Figueroa has visited the Bahamas before and when I asked him about how he feels about Hurricane Dorian destroying it he said, “I’ve been there and it was really pretty and to see it be destroyed like that from a hurricane is terrible because so many people are losing their homes and even their lives because of it I hope they can recover”.

Hurricane Dorian also makes a landfall along the coast of North Carolina reported by ABC News. Dorian brought 90 mph winds and a storm surge of up to 7 feet, reports Business Insider. Currently Hurricane Dorian is expected to intensify into a category 4. It is looking to be a growing danger to Florida and Southeastern U.S.