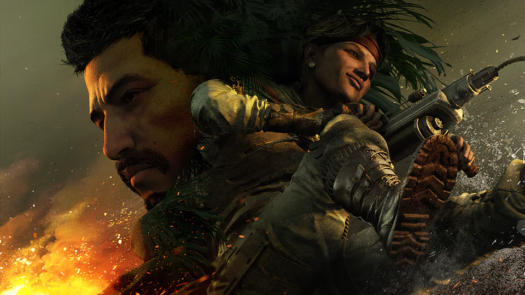 With this new season came many changes to the game and play-style. For example, the ceiling and the walls around you used to be the only threat you had to worry about, but now the floor poses a new threat. With the new operators the play-styles of every player must adapt with Goyo’s new “Vulcan Shields” and Amaru’s “Garra Hook”.

Goyo’s new gadget the Vulcan, Latin for “God of Fire”, Shield carries a high explosive tank on the backside of the shield that explodes when shot or hit by maestro’s “Evil Eye”.  Amaru’s new gadget the Garra also known as “claw” hook allows her to grapple to any window, rooftop, ledge as long as they are above them. The hook even allows her to grapple up broken hatches.

Luckily for Goyo, Twitch can not use her shock drone to detonate the Vulcan shield. “This season has one thing going for it which would be the fact that the new operators are some of the most balanced that they could be from the start of the season” says Dalton Lammers. With this new season comes a new game mode as well as new rank adjustments.

The new game mode “unranked” is meant to be used to practice the competitive rule-set and play-style while not risking your MMR rating. The unranked game mode has the same rule-set, map rotation, and MMR matchmaking while not losing or gaining MMR from games. The season also brought with it rank adjustments like how copper, bronze, and silver all have 5 sub-ranks instead of 4 and gold now has 3 sub-ranks instead of 4.

Finally this season also brings an entirely new rank of “Champion” which requires 5000 MMR to obtain going even higher than the previous rank Diamond. Overall the new season brings many new changes without losing the game we all loved so much.