The Redemption is Here 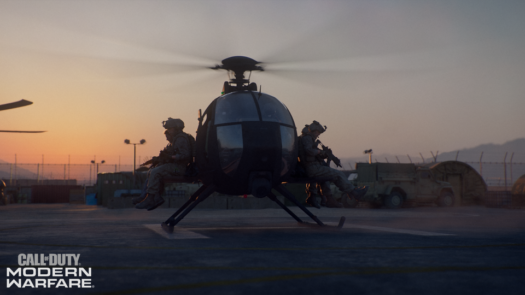 ▲
One example of the beautiful graphics
Infinity Ward

▲
One example of the beautiful graphics
Infinity Ward

On October 25th, the next installment of Call of Duty, Call of Duty Modern Warfare, will be released.

Although the game has its upsides it will always have its downsides as well-being that the Spec-ops Survival mode will not be accessible to Xbox One and PC players until October 1st, 2020. Notice how PS4 is not listed as not accessible, PS4 gets a head start by being able to play a year before anyone else.

This has sent fans into outrage especially with cross-platform being added to this new game. when a game is cross-platform it means that you can play with anyone over any system, for example a Xbox One player can play with someone from PlayStation or from PC. “Now we can play with friends without complaining about our system” says Alejandro Mercado. Giving even one platform an advantage over the rest is just unforgivable.

It used to be that when someone said that they play video games that Call of Duty was always a game that everyone could enjoy, but that started to change. Some people left because they genuinely thought that the games were headed in the completely wrong direction while others believed otherwise and some just left because they didn’t think that Call of Duty was “cool” anymore.

With theses changes,  many of the old fans are coming back for the return of Captain Price and the good old times playing COD with your friends.