Win Streak for the 49ers 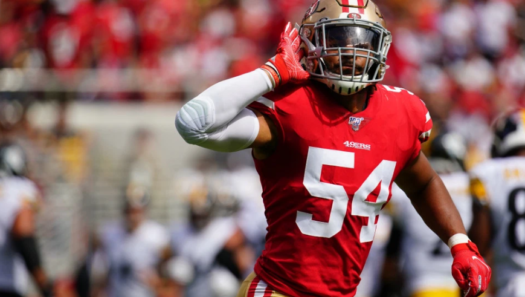 after the game against the Steelers the 49ers had a bye week. In week 5 the 49ers finally played against the Cleveland Browns at the Levi’s Stadium in San Francisco. In the first half of the Game the 49ers Scored 2 touchdowns. The Browns didn’t score at all. In the Second half the 49ers scored another touchdown. The Browns finally scored too but only a field goal.

In first quarter of the second half the 49ers scored again, one more touchdown. The Browns didn’t score. In the last quarter of the game only 3 points were scored in total, and of course by the 49ers. So at the end of the fourth game of the season for the 49ers, they scored 31 points and completely destroyed the Browns who only scored 3 points total, so the 49ers won by a point difference of 28 points.

The 49ers have proved themselves to be serious Superbowl contenders this year. If they keep this up they really could do it.