Why Everyone Should Watch HBO’s Euphoria 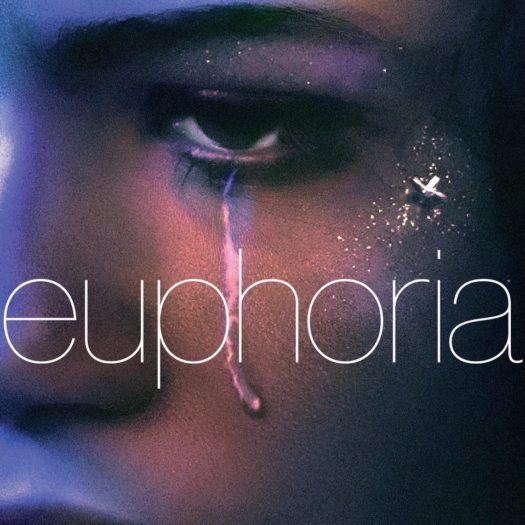 The show opens with Rue (Zendaya) returning from a summer spent in rehab, after her younger sister Gia (Storm Reid) found her covered in her own vomit from a nasty drug overdose. Rue is an addict, and a resilient one at that. In a turn of events, Euphoria is primarily a love story. When Rue gets out of rehab, she meets a fast-friend and soon to be crush, Jules (Hunter Schafer). A transgender girl who just moved to town, Jules carries her own baggage–mostly, that she is attracted to much older and overly homophobic men–but she and Rue hit it off immediately.

Towering above the pack is the conventional high school symbol of perfection: the star quarterback, Nate Jacobs (Jacob Elordi). He is the main fixture at parties, where he does what most male jocks do, whether they are pressured to or otherwise: he drinks, flexes (often shirtless), and hooks up with the hottest girl he can find. Usually, that means Maddy (Alexa Demie), Nate’s on-and off-again girlfriend, but their passionate “love” leads to equally passionate fights. You see, Nate is not exactly well-adjusted. His dark past has led him to an even darker present, and what he enjoys in private is not what he is publicly known for; in short, he is exemplary of the oblivious, self-obsessed, and problematic white male, only his issues go so far beyond typical toxicity.

Euphoria has not heard a sad story it can’t make worse. Francisco Figueroa says “The show is good I finished the whole thing in a day because I did not want to stop watching it. It is so real and gives a more realistic look on teenagers than other shows.” There are scenes you will wish you never saw, let alone want to reflect on. There is so many unsettling scenes but it is hard to keep track of how many when there is one unsettling scene soon after the last one. So a trigger warning before each episode would not be uncalled for. But each moment is meant to reflect someone’s truth. Euphoria is a teen drama that actually strives to be honest to a teen experience-they are the worst teen experiences you can imagine, sure, but they are far from impossible ones.