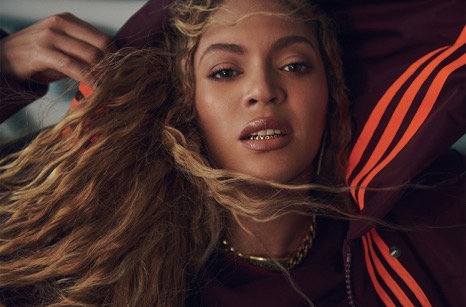 When Adidas announced its multi-year partnership with Beyoncé last April, it marked a new accomplishment for the superstar it is the first time Queen Bey has stepped foot into the sneaker market, a place where her contemporaries like Kanye West, Pusha T, Travis Scott and even husband Jay-Z have flourished.

Although footwear is new territory for the Queen, sportswear is not. Beyoncé co-founded her active wear brand Ivy Park in 2016 alongside Philip Green, the owner of London-based fashion retailer Topshop. It specializes in sportswear with a chic twist, which includes an assortment of tops, bottoms, swimwear and accessories.

Yet in 2018, Beyoncé and her company Parkwood Entertainment severed ties with Green following allegations of sexual harassment. The move resulted in the superstar buying out Green’s share of the brand a move that allowed Ivy Park to grow into one of the most coveted athleisure brands to date.

Thanks to this new venture with Adidas, Ivy Park has a home that will improve its production of clothes, quality control and overall output. Most importantly, it gives Beyoncé an opportunity to have direct influence within the sneaker community. Beyoncé was also named a creative partner with the brand, giving her the opportunity to design outside the Ivy Park collaboration. But before then, the entertainer revealed last month that her debut Ivy Park x Adidas collection will launch on Jan. 18.

There will be four different sneakers within the upcoming collection: Fans will be able to get their hands on a pair of Ultra Boosts, two colorways of the Nite Jogger, and the Sambarose designed by Beyoncé. All of the sneakers feature the Ivy Park logo and a maroon, solar orange, and cream color palette used throughout the new line.

The reception following the announcement has been impressive: Beyoncé’s Instagram post of the Sambarose model clocked in over 1.3 million likes alone, and the inspirational campaign trailer was viewed over 3 million times on her page. There has not been any word on whether the sneakers will be a limited release like Kanye West’s first run with his Yeezy line in 2015, but you can expect diehard fans and sneakerheads alike to go after these shoes just off the strength of Beyoncé’s name alone.