How Broken is Rainbow Six Siege? 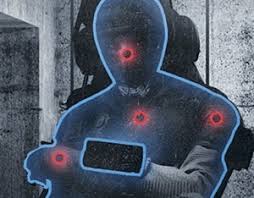 You can be playing a Rainbow Six Siege, you are playing ranked and it is one vs one, four to four match point and you lose, but not for the reason you expected. Your shots just seem to go through him like he wasn’t even there. This is just one of the issues that occurs very often in Rainbow Six Siege. “It’s like their bodies aren’t even there, except they are” says Adam Musleh.

One of the smaller issues recently has been broken hit-boxes, this has been an issue for a long time. The game used to register the headphones on the German operators as part of their hit-box, but Ubisoft fixed this in Operation health in order to make hit-boxes much more realistic. So that very edge of the enemy’s helmet you just shot, well that isn’t part of his hit-box so of course it shouldn’t register.

This raises another issue within itself which is hit-registration. This issue is why people are calling the game broken currently. This can win or lose you a match by itself. When you shoot at the player and he just seems to walk it off there are two possibilities that just happened. One, you missed every single shot or two, hit-registration did not work.

Some people have thought to themselves that the servers are overloading with how much content is being added. The servers just can’t handle all of the content which is something I would prefer to hear. The developers care this much about the game that that basically care too much.