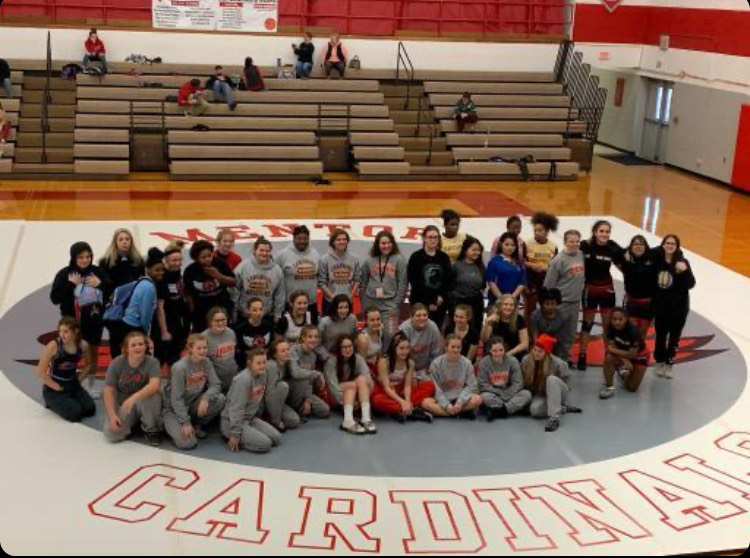 The newest team at Lakewood High has started their season this winter. They have had 5 meets so far, and they are getting ready for states which is coming up in February. Jessica Twardesky one of the athletes on the wrestling team says her favorite thing about wrestling is “being able to push myself, spending time with my teammates, and getting stronger mentally and physically.” She also said,”Since this is our first year its all about growing and learning the sport, and I would say we have been very successful in that way.”

So far they have not been able to have any team meets, they have been either duels or girls from other schools they could get to come to the mens meets. They are still getting ready for states despite not having any team meets. They have been working hard training and preparing for competitions. Jessica Twardesky, the girl who started the team has won 2 matches.

To start the team Jessica Twardesky said that she talked to our sports administrator (Mr. Jackson) and began signups. It helped that they got announcements going at our school. When they were starting they were expecting 15 girls, however many werent able to join but they were still abel to start a team. They currently have a team of 3 that have stuck through.

Women’s wrestling has been rising rapidly in the U.S. since the first world championship in 1987. Players of the sport have had to overcome the adversity from people who dont believe women have a role in sports much less wrestling.