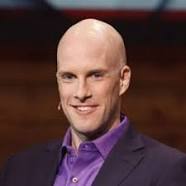 Well known writer Grant Wahl  who was mostly known for covering soccer related topics, has recently been fired from Sports Illustrated greedy behavior during Corona-virus pandemic.  Some staff members came together and put aside their budgeted future saving jobs and, ensuring stable salaries for those making less.

“Everyone, that is, but one person. This person made more than $350,000 last year to infrequently write stories that generated little meaningful viewership or revenue. Yet he trumpeted that he thought it shameful to be asked to participate in helping his fellow workers. To complain about a personal pay reduction when 31 others had just lost their jobs is incomprehensible in light of the sacrifices others made to help limit layoffs and maintain livable salaries for our staff. Such a me-first attitude is not part of the tradition and culture Maven is committed to maintaining.”

After firing  Wahl, Maven used what would have been his salary to further assist those in need of it due to being laid off.

Wahl posted on twitter later on and said he was “fine with a 30% reduction during the pandemic, but added he told the company’s management “it was shameful to try to push through a permanent 30 % cut beyond the pandemic.” Wahl had also disputed the salary figure, but admitted he received a bonus.