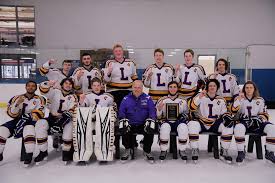 Lakewood hockey needs a change.  The team should be transformed into a club hockey team allowing kids from other schools to play for Lakewood.  This would mean that kids with better skills and overall better players would come to play for Lakewood making the team better and more exciting to watch.  Other schools that have club hockey teams in the area have been extremely successful with building great programs and teams that compete at a much higher level than many of the schools with just regular high school teams.

One great example of this are the North Royalton Bears.  This year they finished second amongst club teams in the state with a loss in the state finals to the number one club team in the state.  The Bears finished with a ranking of 38 in all high schools in the state. While Lakewood finished ranked at 61. North Royalton has players from numerous schools around Lakewood such as Westlake, North Olmstead, and Holy Name.  If Lakewood had a club team, there is no doubt these kids could easily be recruited.

The pros of having a club hockey team are immense.  This could really give Lakewood the boost it needs to have a strong hockey team and face real competition.  It would also allow the players to get to play teams outside of the North Eastern Ohio area. This year many of the club teams in our area traveled to Columbus, Cincinnati, and Toledo so the players could face new teams and not have to play the same old boring teams.

Lakewood has the opportunity to change their city, their team and the players that represent Lakewood Hockey and really grow a great culture.  Now they just need to take action and do it.