Election with a candidate with COVID-19 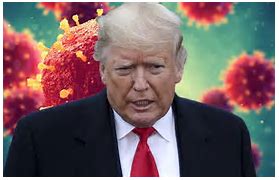 At the beginning of October, Donald J. Trump announced that he has the coronavirus. He announced days after the debate with Joe Biden.

Even though Biden and Trump are rivals, Biden is taking this very professionally. He is wishing Trump the best of luck, whereas Trump would probably not do this.

On Friday, October 2nd, Trump’s campaign manager Bill Stepien announced that all presidential debates are either temporarily postponed or moved to a virtual setting. Vice President Pence will continue with his normal campaign schedule. “I watched the debate on Tuesday, and it was absolutely chaotic,” says sophomore Quinton Turpin at Lakewood High School.

Biden believes that he and Trump can continue with the normal debate schedule, only if certain precautions are taken to help prevent the spread of the disease.

Trump was constantly downplaying the severity of the coronavirus, whereas Biden kept his campaign schedule out of public health affairs.

Trump is also claiming that his rallies had not produced an uptick in coronavirus cases. Trump and his family also refused to wear masks during the presidential debate in Cleveland. This is ironic because he has now contracted the virus.

Trump is now demanding that a vaccine for coronavirus is to be released within a year. Anthony Fauci then had to tell Trump that “a vaccine that you make and start testing in a year is not a vaccine that’s deployable.”

Debates now only allow a max of around 70 people to watch it live, and they all need to get tested before they are allowed inside.

Also, because Trump interrupts both Biden and Wallace, extra tools will be added to help maintain order.