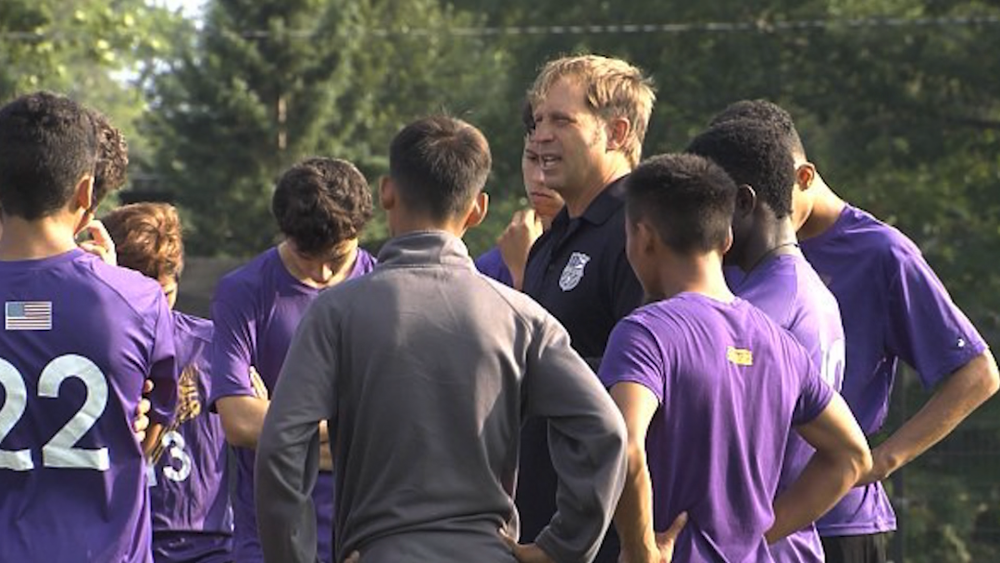 Tuesday night at 8 pm, the Lakewood Rangers faced off against the St.Edward Eagles for the Community Soccer Cup.  This game has been highly anticipated for the last two weeks because of how good both teams are.

Every year Lakewood faces Eds in soccer and the stands are always packed with screaming fans that never stop cheering. But since COVID-19 is in high effect, there is a limited fan section. Not as many fans can go, but the ones that do go make up for the ones not there with their spirit and energy.

The Lakewood Rangers are currently 6-3, and plan to keep that strong record going. With this momentum coming from previous wins, their chances of beating Eds has increased by a large margin. If they can come in with the same energy as other games, tomorrow’s game should be no problem for them.

When asked about how he feels about tomorrow’s game, Sean Teets, a senior and player on the soccer team said, “Im feeling really good about tomorrow’s game mainly because of how well our chemistry has developed this year as a team. We lost a lot of great players last year but it hasnt stopped us from playing our hearts out. I think we have a great chance at taking this trophy tomorrow.”

Lakewood and St.Edward High School have been rivals for years, and Eds has won most of the games against us in all different sports. But as a Lakewood fan I have a different feeling about tomorrow night. With how confident and energized Lakewood has been, St. Eds better be prepared.

This article was written on Monday but not published until Wednesday. To update everyone, the Rangers lost in tough game that was very close, the final score was 2-1. Although they lost, they learned a lot on how to beat them next season.