US Swing States in the 2020 Presidential Election 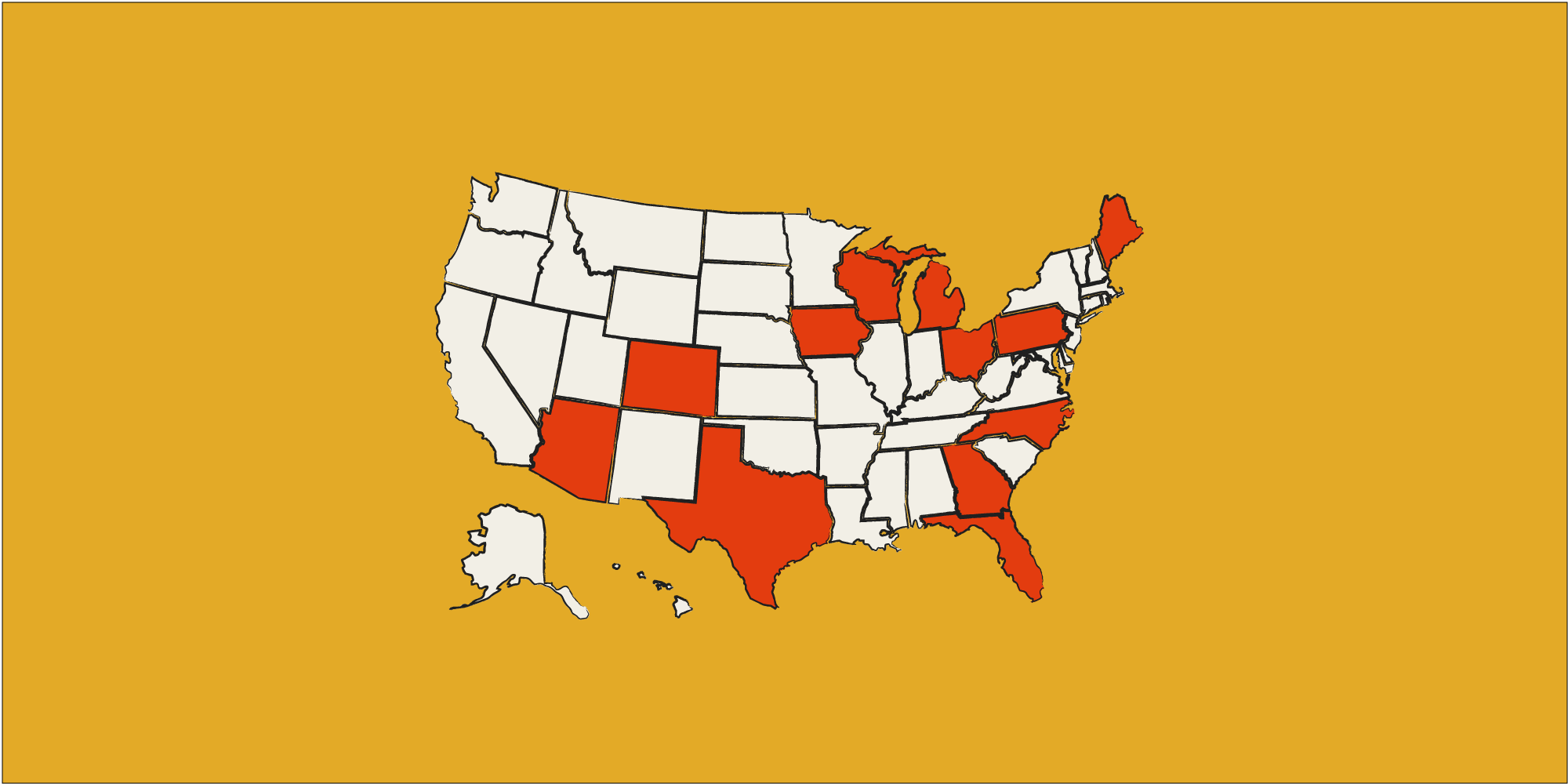 At this point in the election, the swing states will determine who will win. According to the New York Times, there are about 15 states that are considered swing states, and about 8 states, including Wisconsin, Minnesota, Michigan, Arizona, Nevada, New Hampshire, Pennsylvania, and Nebraska, that are leaning democratic.

Other sources do not align completely with this information. Politico says that Wisconsin, Arizona, Michigan, Minnesota, and Pennsylvania are toss ups where Biden is currently in the lead, according to polls that are WITHIN the margin of error.

In every election, there are states that one candidate is counting on winning . For example, Massachusetts is a very Democratic state, and has only gone red in four presidential elections since 1928. It holds eleven electoral votes. On the other hand,  Wyoming is a Republican stronghold, only voting democratic once since 1952. It holds 3 electoral votes.

The states that will determine the election are therefore the swing states that could lean democratic or republican. These are where candidates focus their campaign visits and advertising.

In order for a candidate to actually win, they must receive 270 electoral votes. Every state gets a certain number of electoral votes depending on population.

Some sources are saying that whichever candidate wins Florida will win the election, as it is tied with New York for the most electoral votes at 29.

Texas is historically Republican, however due to the large numbers of people in cities participating in early voting, it is now being called a toss up by some experts. It has the second most electoral votes at 38, and could aid either candidate greatly.

“Florida could go blue this election, which would be amazing!” says LHS junior Emma Hart, “I think that the voter turnout was really good this year since so many people participated in voting through mail in ballots and early voting!”